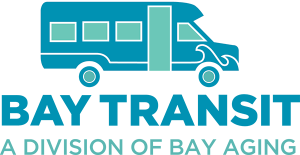 the Groundbreaking for the

Bay Transit, a division of Bay Aging, recently began construction on the Middle Peninsula Regional Transit Facility in Gloucester County.  The building will be completed by the summer of 2014 and will house operations for the Middle Peninsula region including Gloucester, Mathews, King & Queen, and King William counties, along with the Town of West Point.

This facility will be a two-story building just under 20,000 square feet with office/administrative space and two maintenance bays capable of servicing four (4) buses from our fleet at a time.  There will be additional space to house dispatching and scheduling operations, and a large training room area that will be available for staff training and for limited use by public and local government organizations.

The building was designed by the architects of Innovative Design out of Raleigh, NC.  In addition, all of the surrounding site work and utility infrastructure was designed by the engineers of Bearing Point Consulting, Inc. based in Morehead City, NC.  The general contractor for this project, McKenzie Construction Corporation out of Virginia Beach, VA, is managing and contracting all construction.

In addition, the facility was designed to save operational costs through energy efficiency and environmental conservation.  The building will be certified by the U.S. Green Building Council as a LEED Gold facility based on its energy efficient design and construction.  Bay Aging/Bay Transit is very proud to be a part of this important project, which will increase our efficiency in providing public transportation to the local community.

Bay Transit is the name of the public transportation authority of Bay Aging, a charitable, non-profit organization serving the needs of the elderly for over 35 years.  Bay Transit serves the Northern Neck-Middle Peninsula of Virginia as well as New Kent and Charles City counties, an area of nearly 3,000 square miles that includes 12 counties and has an estimated population of 150,000 people.

Bay Transit initiated service in Gloucester County in 1996 with one bus.  We now service 12 counties (Gloucester, Lancaster, Essex, Mathews, Northumberland, Richmond, King & Queen, King William, Middlesex, New Kent and Charles City), and four towns (West Point, Colonial Beach, Urbanna and Kilmarnock).  During fiscal year 2012 Bay Transit provided over 165,000 one way rides. For the fiscal year 2012, 39% of all rides provided by Bay Transit were work related.  We estimate that 95% of those riders were transportation dependent and would not have been able to keep their job without public transportation.  In the same fiscal year, 22% of all rides were health related.  Many were regular riders to dialysis treatment or other doctor appointments.

Bay Transit offers demand-response public transportation Monday through Friday from 6 a.m. to 6 p.m.   The service is available to all persons regardless of age, disability or income. Riders are asked to call our dispatch office at least 24 hours in advance to schedule a ride and return trip.  Once the ride is scheduled, the vehicle will pick riders up at their house or business and take them to their destination.  Other riders going in the same direction will be picked up and/or dropped off along the way.